Are you still banking on HMO yields with Vanilla Let investments?

I've recently been asked about my portfolio - when I started, why I continued, but most importantly what sort of yields I achieve.

Firstly let me start by saying I hate gross yield as a yardstick for how good an investment performs. If you know me, you'll know that I always look at the return on capital employed, or how much money is left in the deal after refinance. You may however be getting an infinite return - if you've refinanced after several years of ownership and price rises you may have been able to borrow more than your initial outlay - this makes it even more tricky. A good friend of mine always compares the "net equity" - the amount of money you would have in your pocket when liquidating the asset, after all fees and taxes. He then looks at other things he could do with the money. Will it get a better return? He pushes the 'sell' button. Interesting, but I digress. Let's just stick to gross yield for now, the topic du jour.

I have been in property for nearly 20 years, being a landlord for over 15 of those. My first purchase was indeed a single (vanilla) let, moreover because it's a studio flat. Difficult to turn that into an HMO with multiple people in there! After that I diversified in to bigger units with more bedrooms, because I realised that the "price per bedroom" was simply lower the bigger the number of rooms became. This increased yields. Coming from an estate agency background I was easily sold on the idea of letting in August and September, because after all, that's the busiest time of year - new students flood the London rental market, pushing demand and rents 15% above average for the year. What's not to love?

The concept of running an HMO, or multi-let, was fairly alien to me. I didn't really want the hassle of tenant 1 moving out a different date to tenant 2, and then tenant 3 kicking off because the other tenants are too messy or whatever. When you let to one group it's very nice, they all move in and out at the same time, they're all friends so you don't have to play mummy or daddy to them when the washing up isn't done and so on.

So why are people still multi-letting? What is it that we don't know? Well, people pay a high price for certainty. People pay a higher price for having flexibility. That is key with today's renter. There is a growing number of renters who prefer to try out different areas, don't want to commit to a houseshare where they don't know anyone (and are worried they won't like them).

Now I don't believe that renting by the room is worth the hassle - in some areas that is. If you are letting in zones 1 and 2, and even 3, you're going to be just as well off renting to a group of friends as you are renting to 3 or 4 separate people. Demand is strong there. Zones 4 and outward you may struggle to get a big group. Generally the further out you go, the higher the percentage of owner occupier/families will be, so prices don't stretch as high as the inner zones because you just won't get as many larger groups wanting to live together. 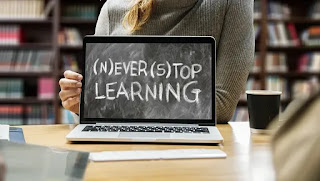 Moral of the story? If you're going to aim for sharers, be prepared to multi-let if you are further out in order to get the good returns. In zones 1 and 2 (from personal experience and anecdotal evidence). You can't expect the same returns from bigger property the further out you go. Now interestingly enough I've been reading some articles that seems to dispute this - commuter towns that are beating London's average 4.1% yield. Now let me start by saying you must be doing something seriously below par if you are achieving a 4% yield, so it's not difficult to do better than that! My lowest yielding property is achieving 5.8% and the highest a whopping 8%. It will come as no surprise to hear that the 8% yielding property is a 5bed. It's an HMO. Do I multi-let? No. It's let to a single group of friends. Lovely!

Moral of the story - if you are looking for great returns and invest in Clapham and surrounds you need to be looking for more bedrooms in order to increase your yields, not necessarily let by the room.

Do stay tuned for property investment tips/tricks and updates and by all means do check out the DownToSouthLondon YouTube Channel for entertaining and informative videos to help you invest with confidence! I also offer coaching on a one-to-one basis so if you are looking to get into property investing and require personal guidance then head on over to www.jeroenhoppe.com.