Can you make megabucks by short letting your property in Clapham & Brixton?

By Jeroen Hoppe - March 03, 2016
I was speaking to one of my investor clients the other day and we were discussing the possibility of offering his property for short let instead of the usual long let. He had a friend who claimed he was earning £700pw from his average two bedroom victorian conversion in Clapham, so naturally he was all ears. 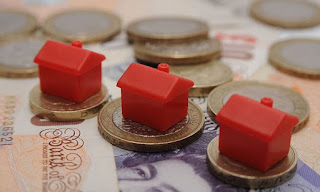 Apparently his friend had been telling all about his new found fortunes and my client wanted to go the same way. "Get rid of those pesky, cheapskate long term tenants and short let my property on a nightly basis through AirBnB!" he exclaimed. I was interested at the proposal, as naturally I want the best for my clients which usually (but not always) means getting them more money for their investments.

I sat down with my client and drilled down the figures. Quite surprisingly all wasn't as it seemed....

For one, things to consider with short lets is a high turnover. Every booking will require a clean of the property, washing the linen, putting flowers on the table and a bottle of wine & box of chocolates or similar as a welcome. Not mentioning the effort, there is of course cost involved. He quickly had second thoughts about that effort and money he'd be putting in, but we carried on.

I pointed out that AirBnB or whatever hosting site he chose would require a commission when the property was filled; this didn't put him off of course. We asked some other owners to see if they had experience. Some were good, some were bad. It turned out that properties nearer to a tube line and in zones 1 and 2 were certainly better off than zones 2 and 3. Modern properties did better than Victorian conversions. Occupancy rates varied wildly from the summer to the winter also, with the best occupancy being around 70% and the worst around 50%. Price could be an influence, this also needed to be varied to entice higher occupancy at off-peak times. So to embark on this he would have to constantly gauge the market BEFORE he ended up with a void. Time consuming for sure!

There were the matters of legalities to consider also. Short lets are often prohibited by mortgage companies. This gentleman had an unencumbered property, so this didn't bother him, but the next point I raised did: he would require a change of use (planning permission) to change his property to a holiday lettings property (Class C3). This was the clincher naturally, as he wanted to gear up the property against the newly found yield in order to finance his next purchases. That wouldn't be so easy, having to get commercial finance on the property as opposed to a normal BTL loan. We got into insurance as well briefly, which again would need to be changed, but you can see where this was heading.

We did the maths and when we added up all the potential voids, turnover costs, higher finance costs and so forth it made sense to keep this one as a nice long let property. It certainly made sense for this gentleman, and I trust that it would make sense for most of my clients as time-poor individuals.

I trust everyone will be looking to make the most from their investment, so with as little investment in terms of time and money getting the best return. Naturally where this balance lies is different for everyone, but to stay on the right side of the law it was certainly going to be time intensive and more costly than staying with long lets.

So to summarise there are certainly caveats with short letting - does it still make sense for you?

As always I'm available on jeroen@claphampropertyblog.com if you're interested in running a deal past me. I'm always on hand with advice to help you make the most from your investment in Clapham, Brixton or further afield.