By Jeroen Hoppe - November 29, 2017
As our lives become increasingly entangled within the digital sphere, it's becoming even harder for various market sectors to exist exclusively in a physical space.

Whilst online transactions, and web-based trade are now commonplace, the companies that immediately adapted to this shift remain at the helm of their respective industries. This is a particularly accurate statement in reference to the property market as Zoopla and Rightmove have consistently lead property portal usership with the backing of agents country wide. However, the dominance of the previously discussed businesses has triggered accusations of a stagnant market, some critics even claimed that Rightmove and Zoopla Property Group had become a ‘duopoly’.

These sentiments fueled the launch of a competing portal owned by agents called OnTheMarket. Although, the site was established as the weaker party, OnTheMarket have now acquired a substantial share of the market within an equally brief period of time. Founded by a real estate trust consisting of agents such as Chestertons, Knight Frank and Savills, the relatively new portal has gained the support of agents who influence this fiercely competitive market. OnTheMarket currently has the backing of over 4000 agencies located throughout the United Kingdom.

The property association planned on acquiring finance from specialist investors to enable them to accelerate expansion plans for their website, utilising the funds to increase site traffic, widen their usership and maintain interest. The proprietors of OnTheMarket have since fulfilled that mission statement, and although still a distance away from the amount of listings placed on competing portals, OnTheMarket are now able to claim a one-third share of the digital property portal market with 6,000 individual estate agents and letting agents subscribed to the service and an expanding user base.

The high-street consortium shared a heated exchange with the 'duopoly'. Ian Springett, OnTheMarket 's CEO alleged Zoopla and Rightmove's respective founders "generate super profits for their shareholders at the expense of their agent customers”. However, a spokesperson for ZPG replied that OnTheMarket's 'One Other Portal' clause was unfair and uncompetitive. 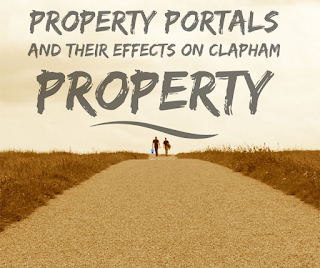 The back-and-forth came after associates from Knight Frank and Savills were motivated to request a tribunal case after an agency named Gascoigne Halman, made efforts to break OnTheMarket’s terms of service by listing properties on multiple competitor sites.

Embroiled in a larger debate regarding an alleged agent boycott of Zoopla, this summer also saw the tribunal develop considerably as a judgment declared OnTheMarket's 'one other portal rule' for estate agents using the site was lawful.

This ruling prevented users of the site from listing on multiple competitor sites, effectively blocking duplicate listings from featuring on Zoopla and Rightmove at the same time.

Although this result was welcomed by the owners of OnTheMarket, the judgment has triggered a fallout with Zoopla due to the rumoured boycott previously mentioned. A rep for ZPG said “We welcome competition based on innovation and performance but firmly believe that OnTheMarket ‘one other portal’ rule is not in the interests of either agents or consumers.” Later stating that it was Zoopla's belief that OnTheMarket had “… failed to gain traction precisely because they don’t allow agents a free choice in their own marketing decisions and limit consumer choice and exposure.”

The Future Is Bright

OnTheMarket's CEO, Ian Springett said that that moving forward the portal's directors intend on furthering the expansion of the site and continuing to confront the ‘duopoly’, stating “in the immediate term, we will be ramping up our marketing activity to restore the strong growth in consumer traffic and leads OnTheMarket was delivering over its first two years of operations".

Considering the future implications of this decision, it's reasonable to assume that this is likely the beginning of the end for the property portal stronghold. If this is the case it will almost certainly make it easier for agents and consumers to discover a service that's right for their needs. Since the conclusion of the tribunal we have witnessed the roll-out of several new portals that specialise in everything from ex-council properties to housing LGBT renters. And while Zoopla and Rightmove still lead the industry, it's safe to say that their shared reign is nearing it's end.

Today's guest blog was written by Charlie Saunders of Assist Inventories, a property inventory services agency in London. Charlie arranges check-ins, inventories and visual inspections for my whole portfolio - mention the Clapham Property Blog if you enquire and be assured of a great service.

I hope you enjoyed reading. If you are keen to take things further, be it to start from scratch, or do something a bit more interesting with your current portfolio... Start the conversation on email. I'd love to meet you in person of course at this month's Clapham Property Meet, so do come along. Click here for tickets and more info.
onthemarket Property