Those of you that know me know that I'm a keen lover of BTL. A steady, passive income stream. Whether you are into single let ASTs or slightly more work/reward and you invest in HMOs, truth remains is that many people I meet are struggling with the FEAST/FAMINE that comes with building, development, buy to sell, you name it.

Nothing beats a steady income stream. Steady, yes you read that right. It's steady. After all, if rents aren't paid you've protected yourself with a rental warranty, right??

So why am I so keen, especially now when the government has it out for us poor landlords?

Simple. Today is January 31st. The day of the self-assessment tax return. The day when a lot of landlords will be hit with the hard reality that their taxes have gone up, because they've not been paying attention. They've let their investments ride on the capital appreciation of years gone by, being able to refinance their way out of trouble. Not any more. These landlords will be calling their agents tomorrow if not today and demand rent increases because hey, costs have gone up! And if everyone's costs are going up (taxation) then tenants will bear the cost. To an extent. You can't just ask what you want and expect to get it, come on landlords you're not a millennial!

But the truth is that a lot of landlords will be hit with higher agency fees in the next 6 months too as the tenant fee ban comes into effect. That's another 10-25% on top of the letting fee. I've run an agency; my income was split 75/25, with 25% of revenue coming from tenant fees. That's a profit margin in a business if the agency doesn't take action!

But rents can't rise forever, you say? Yes they can. ONS has wage inflation at 3.3% in the 3 months leading up to November 2018. Tenants, on average, have the means to pay. Landlords, on average, have significantly increased costs this year. You do the maths! Rents were up in the final quarter (in London) by 2%, and voids down to 4 days from 5 days the year before as reported by a large independent estate agency which operates Londonwide.

These are cold hard facts. Yet I was at a well-known property networking meeting last night and landlords were advised to be cautious and not to raise rents beyond the tenants' ability to pay. This goes without saying of course. My age old adage is to charge market rent. What is fair for me, before I consider what is fair for the tenant. After all they are not going to be paying the tax bill; I'm obliged to operate as a business and charge a fair market rent; ultimately those that do not and undercharge will find themselves without profit and sell up sooner rather than later. Being a landlord is not a charity-led enterprise after all!

Buy To Let still is my favourite property strategy. It's long-term, the gains are good over time and most of all it's still the most reliable source of income - as a great man once said, don't wait to buy property, buy property and wait. 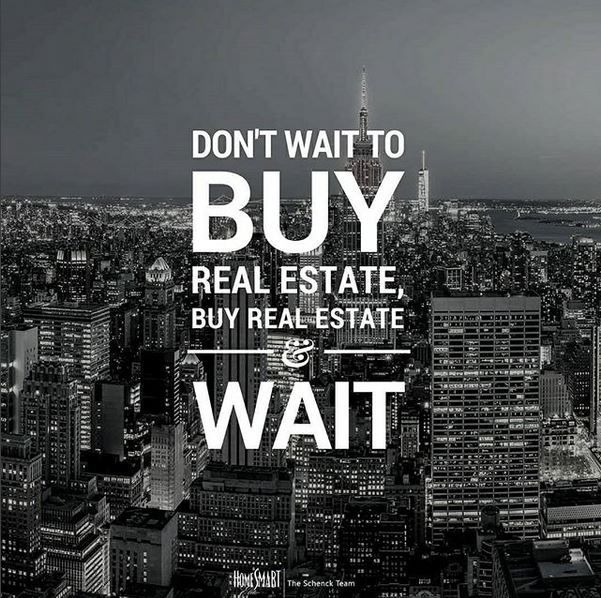