By Jeroen Hoppe - February 17, 2020
So we’ve had the tenant fee ban for over 6 months now. Let’s have a look at some feedback from people in the industry.

Letting agent body Arla Propertymark warned in May 2019 that rents would rise by £103 a year as agents and landlords sought to recoup lost revenue. They’ve had more red tape imposed on them; more effort more costs - and rightly so rents are increased.... Another problem that my fellow agents leaped in the air about was that tenants would be putting in many applications because the cost to do so is minimal compared to now. Most agents take £1000, now this is reduced to a maximum of 1 week's rent. I have yet to come across any hard data that suggests that tenants have put multiple applications in with multiple agents only to choose the best property at their leisure, a week's rent is still a week's rent and in an expensive market such as London that's still a lot to lose (although in my agency days I've withheld a number of £1000 holding deposits because tenants withdrew from the transaction, mind).

Tenants say that they find that rents have gone up a lot, especially in London, although the ban on letting fees in England and a cap on tenancy deposits is set to save renters at least £240 million a year, or up to £70 per household, according to the Ministry of Housing... Is this a true saving or just deferring cost to later on in the transaction? Just because they don't have to pay it up front doesn't mean the cost goes away you see!! In fact because less money has to be paid up front it turns out that tenants are becoming worse at negotiating good deals for themselves, focusing more on short term savings rather than long term ones. Data acquired from simplybusiness.co.uk suggests that 32 percent of letting agents saw rent increases in December 2019, a figure that is largely in line with expectations; however when you look at the numbers year-on-year, the figure is up from 16 per cent in December 2017 and 18 per cent in December 2018 - a shocking result for what is normally a miserable month for lettings! 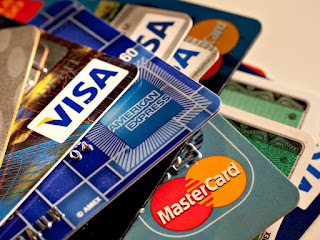 Landlords are looking not to lose out... increased costs and effort is only really borne by the agents, which in turn are charging the landlords, who in turn are charging the tenants... Landlords are in it for the long run, so they don't mind. Generally higher rents are better. More rental income (albeit gross not net) means ultimately they have better rental coverage on their portfolio and they can increase their borrowing should they choose to leverage a bit and expand, although this is unlikely to be at drastic levels as the current climate isn't exactly booming for that sort of thing (or is it 😉).

So that, In summary, is why banning fees suddenly meant that not only have costs been shifted from one party to the other, the process of doing so has been an expensive shift, one that tenants will ultimately pay for, with interest! Well that was smart wasn’t it?! But hey it wins votes so generation rent is happy.... or are they? My feeling is that ultimately when the pinch comes they will blame the government for allowing this to happen as they barrel down to their 40s without any assets to their name. See, renting property is slightly different from renting a movie. Amazon prime and Netflix are worthy replacements to owning Videos or dvds simply because - well let’s face it, there’s so much new content coming all the time we haven’t got time to watch everything that comes along let alone revisit old movies. If you have a dvd collection, try to recall when the last time was that you watched one from your collection!
So what I’m saying is that kids these days are falling into the subscription model lifestyle trap. Rather than lay out for a deposit and the rigmarole that comes with property ownership they are choosing (or are forced to) rent.

I hope you enjoy my content. If you are looking to dive in to the wonderful world of property investing then do reach out to me via email or get in touch via my social media channels. I offer coaching, mentoring and more so be sure to check out my website www.jeroenhoppe.com for more information on what I can do to help you.