Investment properties in Clapham - Have you got everything you want?

By Jeroen Hoppe - October 11, 2016
I was speaking to a client the other day and he said he had as many properties as he wanted to own. A bold statement. To the layman it's the equivalent of a child at Toys 'r' us saying "I've got everything I want." 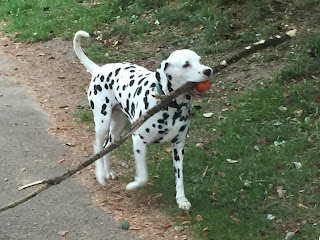 He had amassed a portfolio of a substantial size and over the years he had used the equity to purchase more. A lovely idea of course, getting a return on equity - imagine that! More about that momentarily. He said he didn't really want to to own any more properties to hold and rent out, so was focussing his efforts on bigger property transactions where he could add substantial value using his expertise and experience.

He had structured his portfolio to ensure that his assets paid for all his liabilities. Repairs, service charges, ground rents, voids, tax bill and at the very end a nice monthly allowance. He had now moved on to the next thing on his list: developing properties. He was telling me about a lovely deal that he had found locally: a pair of flats, one of which with a short lease and the other with loft conversion potential. He had cleverly bought both at auction, made the freeholder an offer to buy the freehold (he agreed to sell) and has now written himself nice long leases and included the loft space in the lease for the top flat and extended the downstairs flat to make a nice 2bedroom flat. Talk about maximising your return! He had financed the transaction through a private financier or two that were just looking for somewhere to park their money and get a fixed return and have him use his expertise to maximise the profit on his deal. All parties happy. This particular deal is still ongoing, but once it completes the profit margin will be substantial, well into 6 figures.

How did he have the confidence to do all this? Well, quite simply he had enough passive income to pay for the finance charges on a monthly basis, and enough capital to fund the deal, partly his own, partly through co-investors who had given him a loan.

It sounds like he had everything he wanted. Very interesting. Let's go back to the point I made earlier about passive income. You may be reading this and thinking "I'll never be able to build up enough income to leave my job (which you may love, or hate!) or pay for the finance costs on a large development" or "I don't want to be a property developer." One of those statements may be false, but certainly not the former.

I am a very avid believer in passive income - and assets do just that, they by and large deliver you with a passive income. I remember buying my first property in 2004 when was still renting myself. This was the start of a nice passive income. At the time the mortgage on this property was £450pcm and the rent £650pcm (yes it is in London and I still own it today). Not a life changing amount of money, but fast forward 12 years and the property is now worth more than 2.5x what I had paid for it. And of course by remortgaging I am able to make use of some equity in order to reinvest.

Having used the "investing your equity" method a few times I have now honed this skill to perfection and I only look at properties that I can remortgage after doing some building works (be it redecoration, extensions, reconfiguration) in order to "take back out" a large part of investment. What I am left with is a property which pays the mortgage and then some, most of my money back, and BEST OF ALL.... an asset which will sit there and increase in value over time. Because as sure as night follows day the London market will (short term corrections aside) rise steadily over time.

An example of a recent purchase:

So after refinancing there was just over 17k left in the property and the property was £850pcm cash flow positive after fees, ground rents and service charges, and repaid £97,500 of the initial investment in order to fund another purchase.

That means that using my methods you could theoretically pay back your private investors in less than 24 months. Let's think about that for a moment, because the above assumes that you immediately refinance it. But let's say that your aim is to pay back your investors as quickly as possible - you don't, therefore, want to refinance immediately (being 6-8 months after purchase) but instead take advantage of some of that capital gain that London has to offer. Let's say the market moves another 5% - after 12 months your property is suddenly worth £445k. If you were to set aside the monthly "profit" then you would be in a good position to pay back your investors after 12 months. Once the investors are paid back then you enjoy a handsome capital appreciation (all things remaining equal of course). The capital appreciation in this case is above the national average wage, imagine what happens if you buy another property, and then another. You know that job you didn't like? You can now do whatever you like because you're making as much money with your portfolio as you are from your job. Eye-opening I'm sure. Even if you love your job, you would want to have a better plan in place for retirement than your average pension fund, no? The fees that you pay to a pension fund manager is hardly worth the return they bring, and besides - this is much more tangible and you are able to cash in early if you wanted to.

People I've spoken to have always asked me "what if prices go down?" and indeed that is a risk in any market. But when property prices go down it tends to be in a climate of instability. People then decide to put off moving or buying and rent instead. As a result rents go up. So your profits will be increased in terms of monthly revenue and slightly hampered in terms of capital gain. Sir Isaac Newton's law of equal and opposite reaction applies. It's the law. it applies in economics too.

If you want to learn how to find properties, fund properties and refinance properties in order to repeat the process and build a recession proof passive income then get in touch. Together with my esteemed colleague Trevor Cutmore I am hosting the Clapham Property Meet Training weekend at the end of November and I will be focusing on building a passive income and having other people finance it. Are you coming? Even if you have little to no cash to invest you will be able to build up a passive income using my tried and tested methods. Email me on jeroen@claphampropertyblog.com to find out how you can be investing your money or other people's money effectively to build your passive income. If you would like to meet me in person then do come along to the next Clapham Property Meet, details can be found here.
#claphampropertymeet btl Clapham passive income