Tenant fees are banned. Bad news for your lettings in Clapham and surrounds? 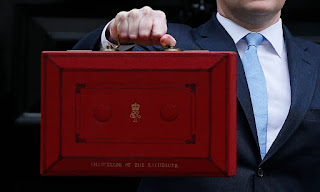 Well here we are, another bold move by the government for "Generation Rent." It seems you can't go a day without a picture of some poor tenant on the news saying "I paid thousands to move in to a property." To everyone who doesn't understand the concept, let me put the record straight. It is perfectly normal to have to pay a deposit (normally 6 weeks' rent), a month's rent in advance and then a fee to the agent to sort out all the paperwork. So in London where the average rent is £1500ish this would break down as £2100 deposit, £1500 and then say £350 for the agent. Yes, it's thousands of pounds, but this wasn't all for the agent was it? No... only about the equivalent of week's rent was for the agent. As people are renting for 2 years on average nowadays I don't think that's a big cost.

Why this draconian measure then? <sarcasm> Well the government was clearly so pleased with the results achieved in Scotland. All the tenants are now praising the government for banning these fees, which have now been passed on the landlords, and on to the tenants through higher rent. They really enjoy paying more rent. </sarcasm>

Well done, own goal! The group they are trying to help has just been sold an expensive finance deal to pay the agency fees monthly. Plus interest of course. Clap. Clap. Clap. Sadly Generation Rent genuinely thinks this is a victory. Any attack on evil landlords and their agent counterparts is, of course, a move they support. In fact Shelter commissioned a study, which was quoted in a newspaper (I use this term loosely) claiming that rents didn't go up much, if at all. The validity of this statement is on par with the credibility of the paper that published it, namely the Mirror, article here. Interestingly they quote that the fee ban in Scotland has made no difference to rents, yet fail to reference where the data is on which they base this statement. The research was commissioned by Shelter, so by default I would say the data is biased. Campbell Robb, Shelter's chief executive, said banning fees was a welcome move:  "Millions of renters in England have felt the financial strain of unfair letting agent fees for far too long, so we are delighted with the government's decision to ban them. We have long been campaigning on this issue and it is great to see that the government has taken note," It's a move I wholeheartedly disagree with. We live in a Western, capitalist society and nothing is free. Simple. If you don't want to pay an agency fee then don't move house. Agency fees are subject to the supply and demand in the market. If they are too expensive customers will go elsewhere, we don't need the government intervening with this.

I am not alone in thinking this is a terrible move for renters. David Cox, MD of the Association of Residential Letting Agents (ARLA) has already warned that “…a ban on letting agent fees is a draconian measure, and will have a profoundly negative impact on the rental market." I think we can agree on the fact that the tenant will end up paying for this. You will see the BBC writes a more balanced article but one can't help but see the bigger picture here. It's simply a move to get sympathy from the "generation rent" and win some votes. Sadly this group largely consists of those that don't understand the bigger picture and the implication of such a move.

Actual figures from the Homelet Rental Index claim that the Scots are suffering the biggest rent increases outside of the M25!! Article here. In a nutshell, rent increases within Greater London about 7.9%, rest of UK 4.9% and Scotland 7.7%! So there you have it. I believe this will be a great way for landlords to increase their rents and then some. Along with the Tenant Tax, which will come into effect tax year 2017-2018, this is certain to make rents rise by double digit figures in London come summer of 2019 compared to the year prior. I predict that once landlords start paying those Self-Assessment tax demands due by Jan 31st 2019 they will realise in cold hard cash what these taxes are costing and implement knee-jerk rent rises. The thing is it will be done en masse, so tenants will be hard up to find value for money in the summer of 2019 the busiest time of the year in terms of demand.

So what do I do now? Well sit tight and see how the bigger London agencies react to this news, I trust the rest of the country will follow. Will letting a property through an agency cost the landlord more? According to Shelter's report 10% of Scottish agents have found some kind of work-around, but as they are in the minority I doubt this is a "reputable" way to go. I will sit and watch to see the market does with great interest. What I do know is that the tenant will ending paying for it in the end...! Hopefully investors will see a ban on arrangement fees from mortgage companies and solicitor fees for conveyancing... Ah no, we are sensible and understand capitalism and that you can't get something for nothing (!)

I am a career property professional, helping landlord investors build profitable portfolios. If you  are interested in learning more about growing your investments wisely then do get in touch. I offer a range of investment options to help you grow your portfolio. It can be as hands-off or hands-on as you like. Get in touch on jeroen@claphampropertyblog.com or come down to the Clapham Property Meet and learn more about getting the best returns in the London property market.