8 Amazing "Urgent" Repairs That are Reported to Clapham Landlords 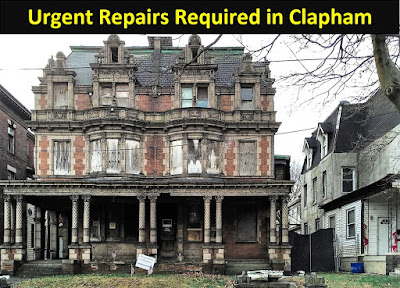 Naturally as an investor/estate agent/property professional I speak to a lot of people in the trade. I thought I'd share some of the most outrageous repairs we've been called out to - and when I say "repairs" I actually mean a massive non-emergency! Needless to say there were no emergencies and most can be solved with common sense.

So here we go, hopefully you'll find the tales as entertaining as I have!

I hope you've enjoyed a light-hearted article. Do follow me on all the usual social media platforms if you want to stay abreast of the latest property investment news, trends and more. Looking to invest in property and don't know where to start? Start the conversation by email: jeroen@claphampropertyblog.com or join me at the Clapham Property Meet, the go-to networking meeting for new and experienced investors alike.
buy to let repairs